Although it is a movie that many people expect, but after the first premier of 30 Chưa Phải Tết, the whole social network suddenly silent.

It’s no exaggeration to say 30 Chưa Phải Tết is the most intriguing Vietnamese movie film in recent years because the opening words of the film crew about the unique story surrounding the topic of time loop and the event of internal censorship dung, almost unable to release the work on time. 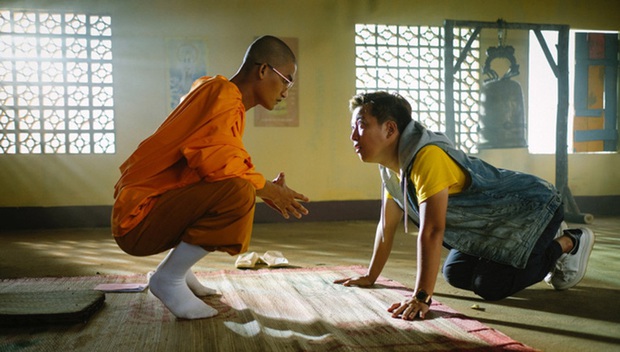 30 Chưa Phải Tết will hit the theater on time

For a long time, censorship has been a noisy issue of Vietnamese cinema, the audience has not been obsessed about the crumbling theatrical release of Thất Sơn Tâm Linh (name before censorship: Thiên Linh Cái). That’s why when hearing that 30 Chưa Phải Tết was in front of censorship, the audience was extremely worried and curious about how director Quang Huy’s work will be cut this time. As soon as there is information 30 Chưa Phải Tết will still come to the theater on time, both the audience and the artists, producers in the movie village eagerly send congratulations. Of course, everyone is still curious as to whether the movie will be cut a lot. 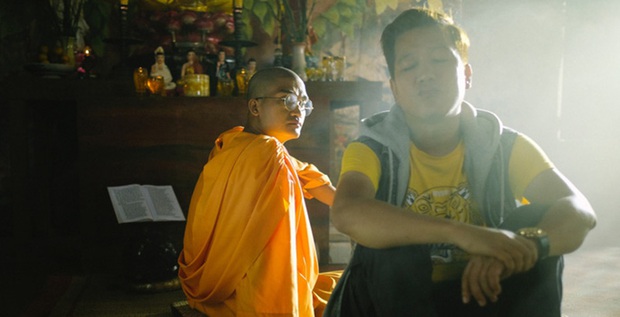 Viewers are curious to know how the movie was cut

Curiosity is so but after the first premier of the movie took place on the evening of January 21, the social network was surprisingly silent. Contrary to the eagerness to wait for first impressions of the film’s content and quality, it’s hard to find social media reviews after the premiere. What’s happening with 30 Chưa Phải Tết? 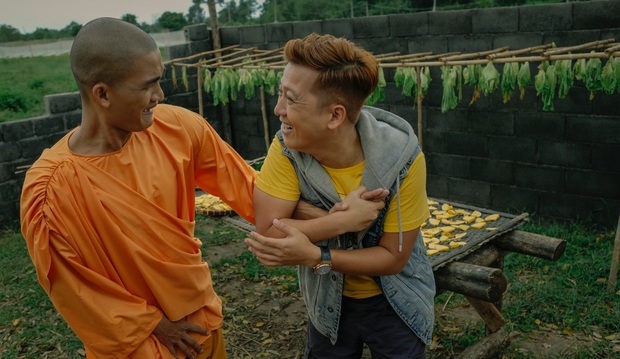 On social networks, the audience does not seem to mention the keyword 30 Chưa Phải Tết 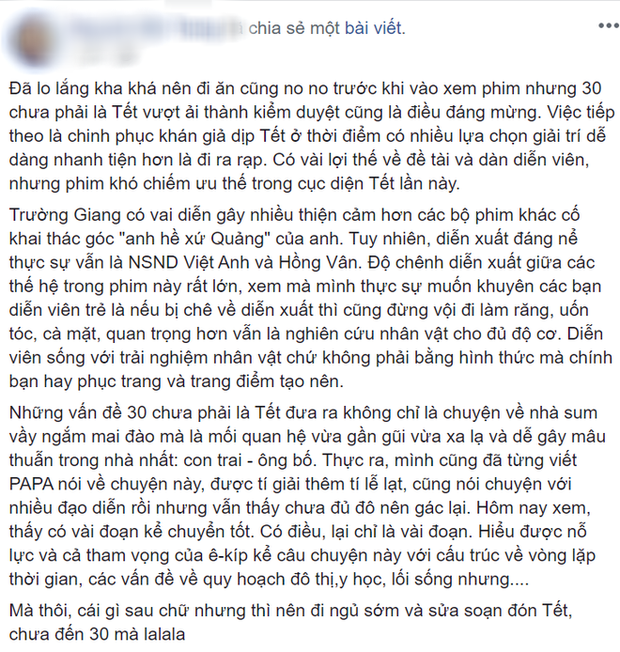 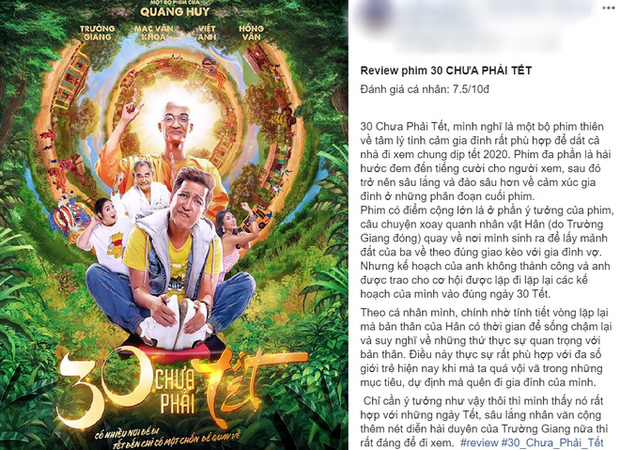 In fact, not only 30 Chưa Phải Tết, but with the remaining two films, Gái Già Lắm Chiêu 3 and Đôi Mắt Âm Dương, the audience did not have too many comments after the first screenings. Even the Đôi Mắt Âm Dương had two premieres and more than two days of premiere, so that the atmosphere on social networks was not much more exciting.

For some reason, audiences share very little about the three New Year films this year, especially with 30 Chưa Phải Tết – a work that many people have expected. This is extremely opposite to the great Christmas war of the duo Chị Chị Em Em – Mắt Biếc before. Both films made people explode right after the premiere. Many reviews are constantly being posted, praised, criticized and even heated controversy revolved around the episodes in the film.

Many reviews were posted immediately after Mắt Biếc’s first press

Of course there are many reasons for this silence. Maybe because this year’s Tet is so close, all three films came out at the same time as everyone was busy worrying, not caring and reviewing like other seasons of the year. It is also possible that the 30 Chưa Phải Tết has not been released in a hurry so the number of people who watch it early is quite small, or the special movie content will need some time to think before reviewing. Even so, all are curious about the first remarks for blockbuster  of Trường Giang.